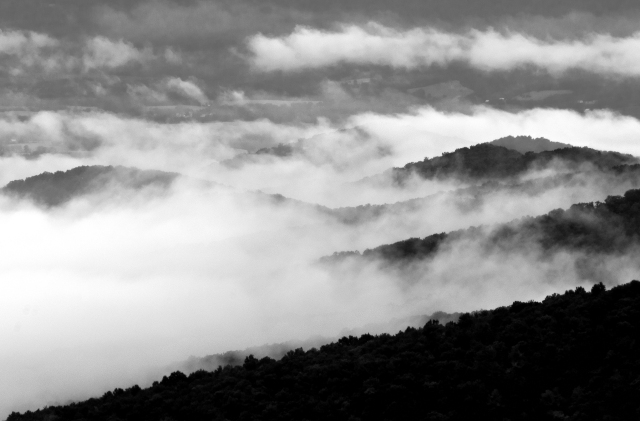 Last Saturday, I went to Shenandoah National Park in Virginia to shoot the sunrise from one of my favorite locations along Skyline Drive, as well as photograph some of the late summer foliage. When I left the house at 0430, it was obviously dark, and therefore, I could not tell the extent of the cloud cover. Clouds significantly improve the beauty of a sunrise, so I was hoping for some clouds.

Unfortunately, it turned out to be a very overcast morning and day. The sunrise was less spectacular than many I have seen from that location, but it was still beautiful. Regardless of the cloud cover, it turned out to be a great day in the mountains, and a day for some unusual views and photographs of the Shenandoah Valley. I also had a black bear sighting, which is always exciting. Last fall, I photographed a bear hunting acorns 75 feet up in a tree.  (Good subject for another blog article.) 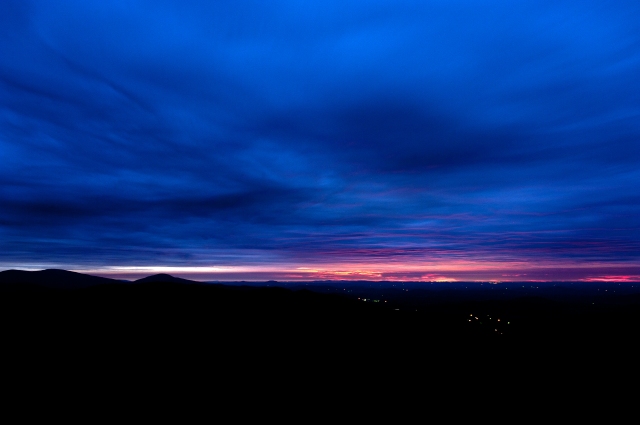 In the above image (Nikon D700, 28mm, f/9, 30 sec), it was still very dark, but as the sun was beginning to near the horizon, it began to glow in shades of red while the clouds in the sky began to turn deep shades of blue. 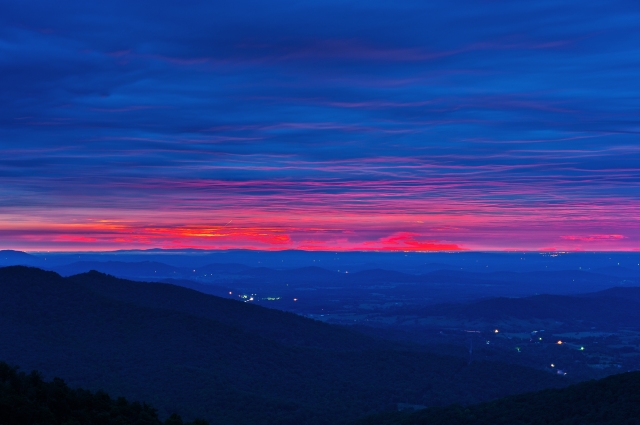 After shooting the sunrise, I spent the day photographing Shenandoah Mountain landscapes and views from various overlooks of the Shenandoah Valley, which was covered in clouds that hugged the valley floor while the sky was very overcast. It was a scene that I am sure happens often, but one that I had not photographed before. 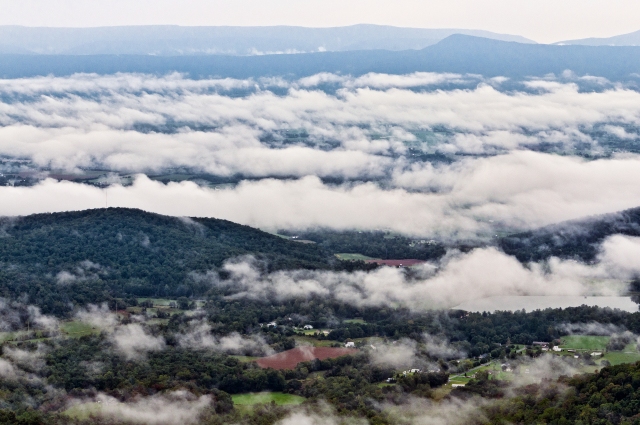 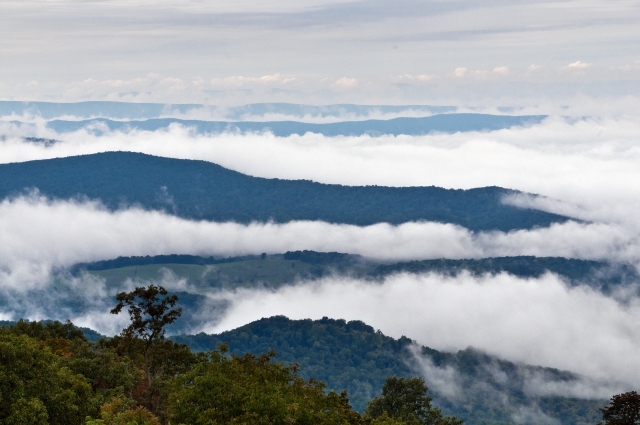 Later in the day, it did brighten up, and I was able to shoot some early fall colors. I will post another article tomorrow with some of those images.

Autumn is my favorite time of year. It is a season for dramatic photography with its brilliant colors and invigorating weather. The colors in the Shenandoah Mountains can be breathtaking, and I will definitely be heading back in October and November. In two weeks, I will be at Ricketts Glen State Park in Pennsylvania to photograph many of the 22 named waterfalls, hopefully framed by colorful trees. I was there in May and posted this article after the trip: https://stevetabone.wordpress.com/2011/05/09/ricketts-glen-state-park-and-its-waterfalls/?preview=true&preview_id=274&preview_nonce=09952adf79

Retired Executive Consultant and Nature Photographer
View all posts by Stephen L Tabone →
This entry was posted in Landscape Photographs and tagged Photography. Bookmark the permalink.