Activity Behind our House

Yesterday was an interesting day here at the house.  Late in the afternoon, Angela spotted an eagle above the lake and TOLD me to get my camera, which I did, quickly assembling what I needed.  By the time I was ready, it was flying north toward Powell’s Creek.  All I could see was its tail and large flapping wings moving further and further away.  That alone would have made the evening, but there was more…

Later, Angela thought the eagle was back.  This time, the camera was ready, and I ran with it for the dock.  By the time I got near the dock, the osprey–yes, osprey this time–was hovering above the lake and about to dive into the water.  I got off a few shots, but as the osprey got closer to the water, it was partially blocked by a thick, leafless bush.  I could see through the bush that it hit the water, but could not get off a shot.  By the time I got to the end of the dock, it was flying out of the water with a fish in its talons.

The osprey and fish were quickly flying parallel to me on the dock.  I got off a few shots, but I could not get a good focus on the quick flying bird and fish.  From what I did capture, I could see that the fish was a young large mouth bass.  It was flying by the osprey’s talons with its mouth wide open and flopping around.  (Sorry, poor quality photo not included below.)

Later after dark, I heard noises on our upper deck.  It was a raccoon hanging from the bird feeder trying to get food.  When I opened the door, it quickly leaped off the feeder and ran away.  I had forgotten to bring the feeder into the house after dark.  One recent evening, a mother raccoon was on the deck with three baby raccoons, and I have been removing the feeder each evening ever since.

A somewhat typical late afternoon and early evening here at our little, hidden jewel of nature in the middle of the Washington metropolitan area.  It will be difficult to leave here someday. 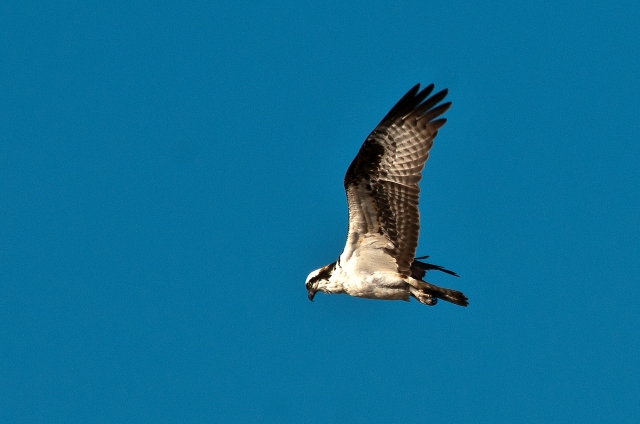 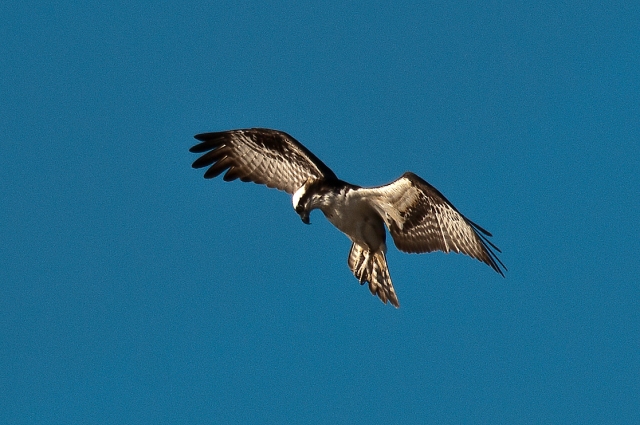 1 Response to Activity Behind our House