From Positano by Boat to Capri and Back to Positano

While in Italy in June, we stayed in Positano–a small town nestled on the side of a mountain that dropped into the Mediterranean Sea. Positano is gorgeous, and our five days/four nights there were fantastic. One of the days, while staying in Positano, we traveled by boat to Capri, about an hour ride. I recently posted an article and images from Capri, but this evening, I am only posting the images from the boat ride to Capri and the return to Positano.

I have many images from the boat ride to Capri, but I am only posting a few here on my blog. The rest are on my Website. Some are located in the Capri gallery at: http://stabone.com/p564590140, and the others are in the Positano gallery at:  http://stabone.com/p1023285700. The first image (below) was taken with my iPhone as we left Positano. It looked like it was going to rain so I kept my Nikon gear in the bag (big mistake) and used my iPhone. It never rained and began to clear up as we approached Capri. The remainder of the images were taken with my Nikon D700 and a Nikon 28-300mm lens. 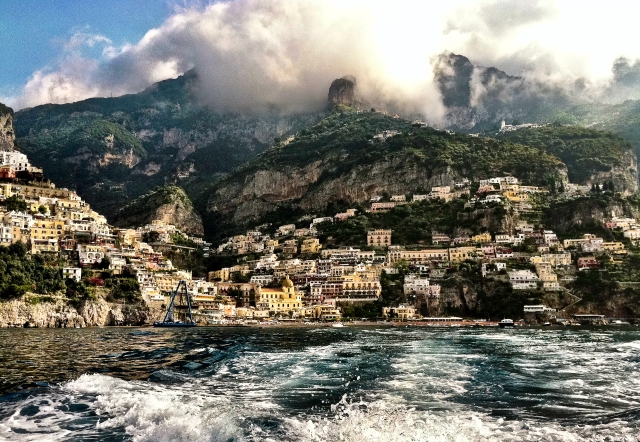 The following image was taken as we approached the island of Capri. It can be seen in the distance across the bow of the boat where my two daughters rode with a couple of the people that traveled with us. The Mediterranean Sea was calm and beautiful, at times a deep blue and at other times a brilliant turquoise, and the island of Capri was rugged with mountains and cliffs that dropped into the sea. 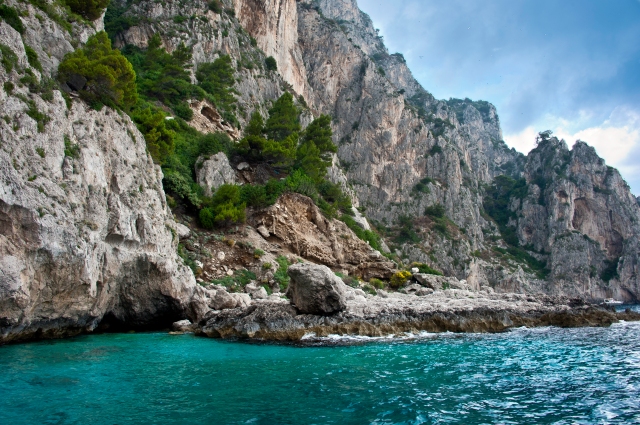 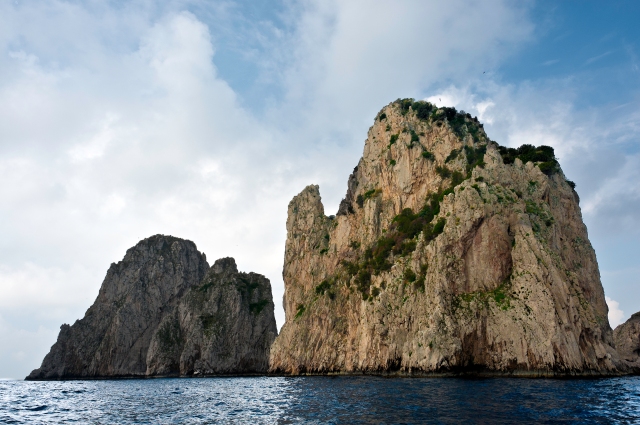 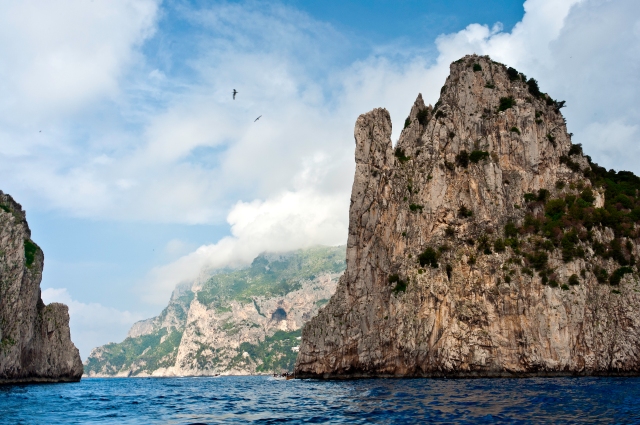 Above is a lighthouse on the end of the island. As we rounded the island, there was an old structure/ruin sitting above the water (below image). If you click on the images, you can see them in more detail.

The boat took us close to the shoreline many times to see grottos. A couple are included below.

After spending the day in Capri, we headed back to Positano. My images from Capri can be seen at:  http://stabone.com/p564590140. The following images were taken on the return trip. 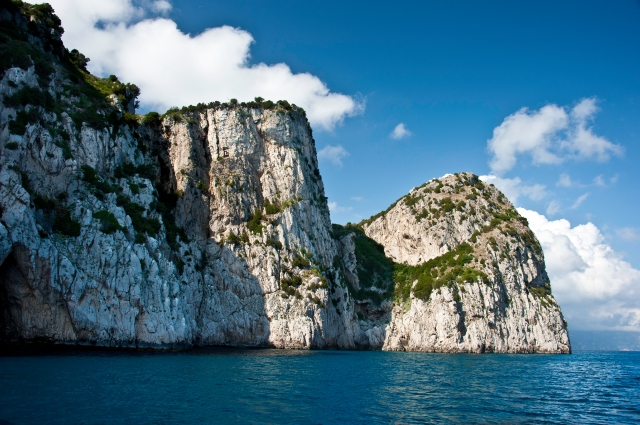 Above is one of the many very old towers that lined the coast; although spaced far apart, they were always within sight of each other. They were used to watch for pirates and other intruders. A fire would be lit on the top of the tower to signal to the next tower and eventually the coastal cities. 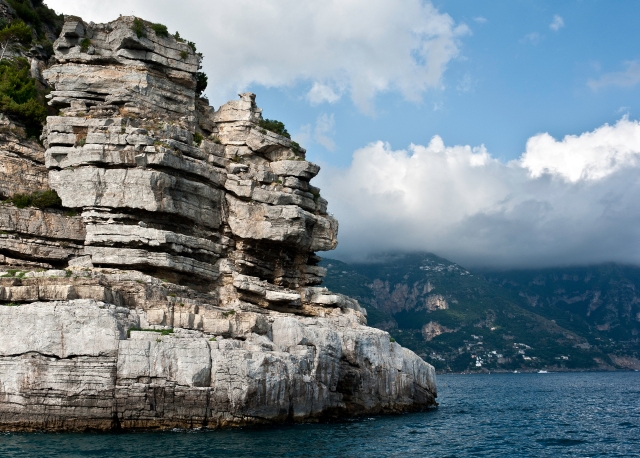 The above natural rock formation is referred to as the German Soldier (for obvious reasons). The below two images show Positano as we approached the city.

Our hotel could not have been in a much better location. It was the yellow building in the lower right corner of the above image with all of the orange beach  chairs in front of it on the beach.

Reviewing and processing the above and other images this weekend brought back many fabulous memories of not just the sights, but also the food, wine and enjoyment we all experienced in Italy for two weeks. This week, I plan to process and upload my images from Rome and the Vatican, and continue to wish I was back in Italy shooting photos, eating well, and drinking great wine.

Retired Executive Consultant and Nature Photographer
View all posts by Stephen L Tabone →
This entry was posted in Italy and tagged capri, Positano. Bookmark the permalink.