On Sunday evening, I returned from a spectacular weekend at Bombay Hook National Wildlife Refuge (NWR) in Delaware and Blackwater NWR in Maryland, where I witnessed and photographed incredibly beautiful and memorable wildlife, sunrises and sunsets. I left my house at 0230 Friday evening (or Saturday morning) to meet with a friend and drive to Delaware’s Bombay Hook NWR before sunrise.

We arrived with plenty of time to locate a good location to shoot the sunrise. However, as the first light began to appear on the horizon and as we began to photograph it, thousands of Snow Geese exploded off a pond and marsh behind us. The sound of the liftoff of the snow geese was a very load roar, and when we turned in the direction of the roaring sound behind us, all we could see was a massive grey cloud lifting in the darkness.

As the snow geese lifted into the sky, the roar diminished and turned into the sound of thousands of flapping wings and the loud honking calls of the geese. To make the experience even more exciting, the geese were flying in the direction of the sunrise, right over us.  The image at the top of this article shows the first light, and if you look closely (click on the image), you can see many of the Snow Geese as they flew toward the rising sun.

Unfortunately, we were not able to photograph the liftoff or flyover, because we were not prepared for it (we were prepared for shooting the sunrise), and it happened very quickly. It also would have been impossible to photograph because it was very dark behind us/the opposite direction of the sunrise. Regardless of not capturing the liftoff of the thousands of geese, it was an experience I will always remember.

Above as the sun broke the horizon, the sky began to brighten, and as it did, we saw wave after wave of Snow Geese flying from north to south. Bombay Hook NWR and other areas in Delaware, Maryland and Virginia are the winter homes to many thousands of Snow Geese that migrate over, 2,500 miles from the Arctic Tundra in Canada. 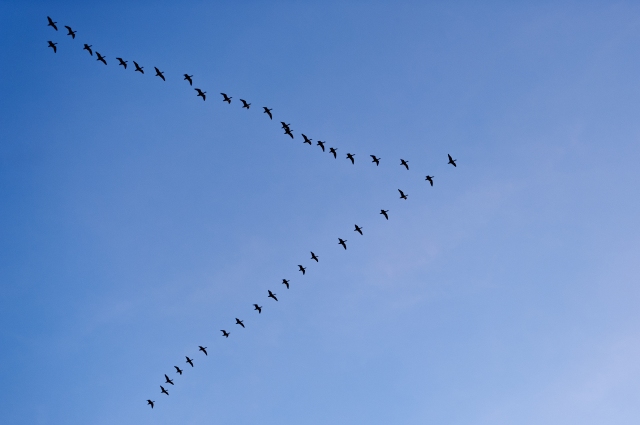 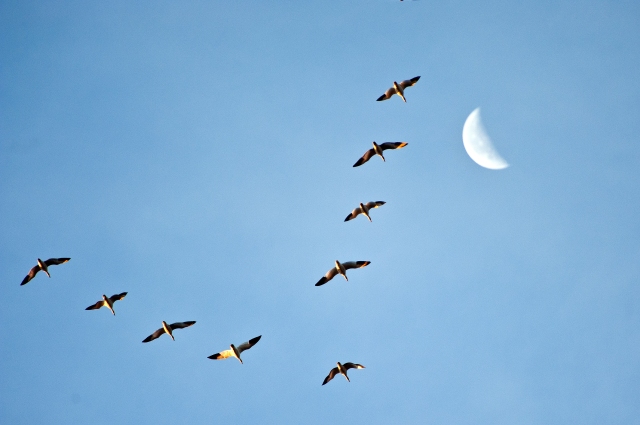 I have many more images to review and process from Bombay Hook and will eventually upload them to my Website. Not only was the sunrise and Snow Geese spectacular at Bombay Hook, but the sunset (below) was breathtaking too. 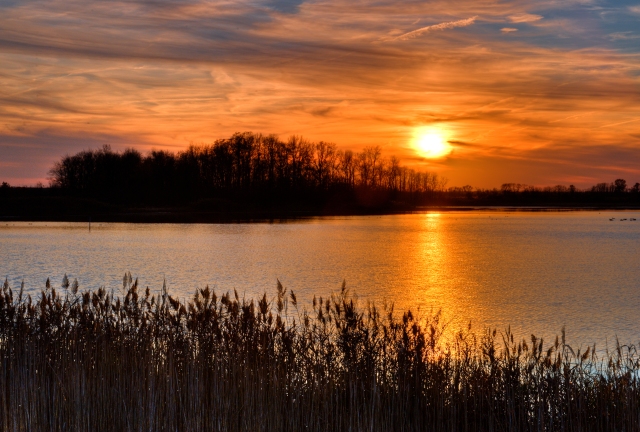 After shooting the Bombay Hook sunset, we drove to Blackwater NWR in Maryland where we spent Sunday photographing the sunrise and wildlife, to include many eagles.  I will be posting those images to my blog and Website after Thanksgiving.