My Life as a Turkey

Although I have been called a turkey a few times, this article is not about my life as a turkey.  Instead, I wrote this article to highly recommend a video about a very special man, Joe Hutto, who lived in an oak hammock in Florida and raised 16 turkeys from the time they hatched until they were adults. In order for Joe to raise the turkeys, he had to live like one and talk like one.

The video titled, “My Life as a Turkey,” is less than an hour. If you cherish and enjoy nature, as I do, you will be fascinated by the video and what you will learn about wild turkeys.

In addition to recommending the video, I am including an image (below) that I processed yesterday from my trip to Bombay Hook National Wildlife Refuge in Delaware. It was shot with a 600mm lens and is of a Northern Pintail Duck. Northern Pintail Ducks are long, slender ducks with long, narrow wings, earning them the nickname “greyhound of the air.” Pintails are named for their elongated central tail feathers, which constitute one-fourth of their body length. They migrate through Delaware, where I photographed this male Pintail. 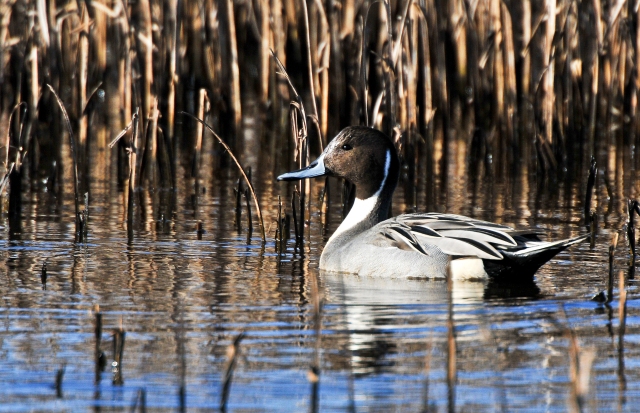 2 Responses to My Life as a Turkey