Early this Saturday morning, I went to Dyke Marsh Wildlife Habitat located south of Alexandria, Virginia, to photograph the sunrise and migratory birds. Dyke Marsh is located on the west bank of the Potomac River and consists of 380 acres of marsh, floodplain and swamp forest, and is known for its abundance of wildlife. Almost 300 species of birds have been seen there. 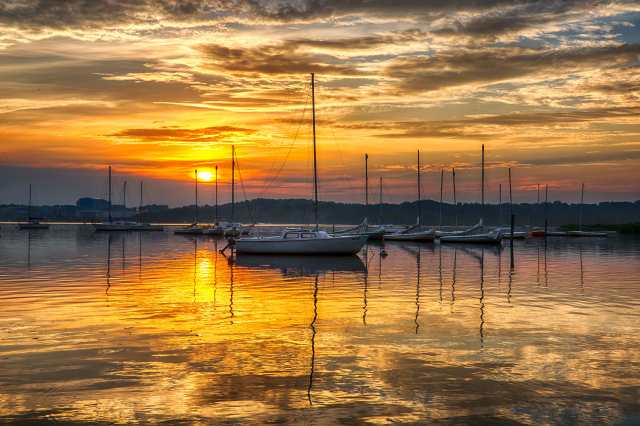 As a nature photographer, I had hoped to align myself and camera toward the rising sun in a location that predominantly, if not entirely, looked over the marsh toward the sun across the river on the Maryland side. However, having never been to Dyke Marsh, I found that the best location to capture the rising sun was a spot on the river’s bank facing the moored sailboats at Belle Harbor Marina, which is adjacent to the marsh. Although initially disappointed, as the sun rose and the sky’s colors intensified and were reflected in the river, my disappointment quickly waned. As you can see from the above image, there was nothing to be disappointed about. I was witnessing and capturing an amazingly beautiful and breathtaking sunrise, and the sailboats and their reflections added to the interest of my photographs.

After photographing the sunrise and not seeing any migratory birds, I left and went to Huntley Meadows, a 1,425 acre Fairfax County Park. I was at Huntley Meadows last weekend and hoped to see and photograph something different than I saw last weekend. Again, I was not disappointed, because I was able to photograph a Green Heron that was stalking its prey in one of the few wet areas in the park. The park is presently very dry due to the local drought. 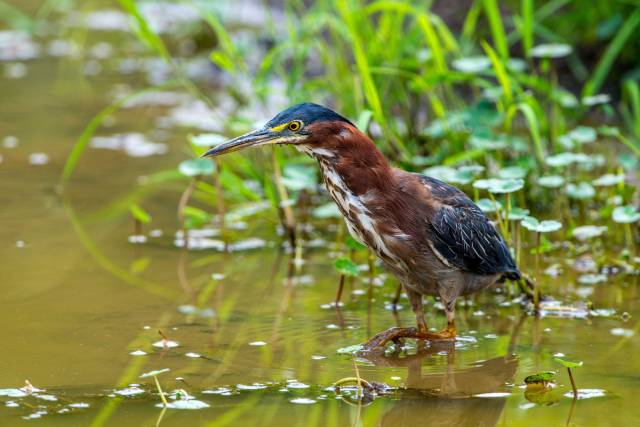 Unlike Blue Herons, who are often seen in the same areas, Green Herons are small, stocky herons with short necks in comparison. Green Herons typically live in small wetlands in low-lying areas. They are most active at dawn and dusk, and more nocturnal than diurnal. However, they will feed during the day, if they are raising young. 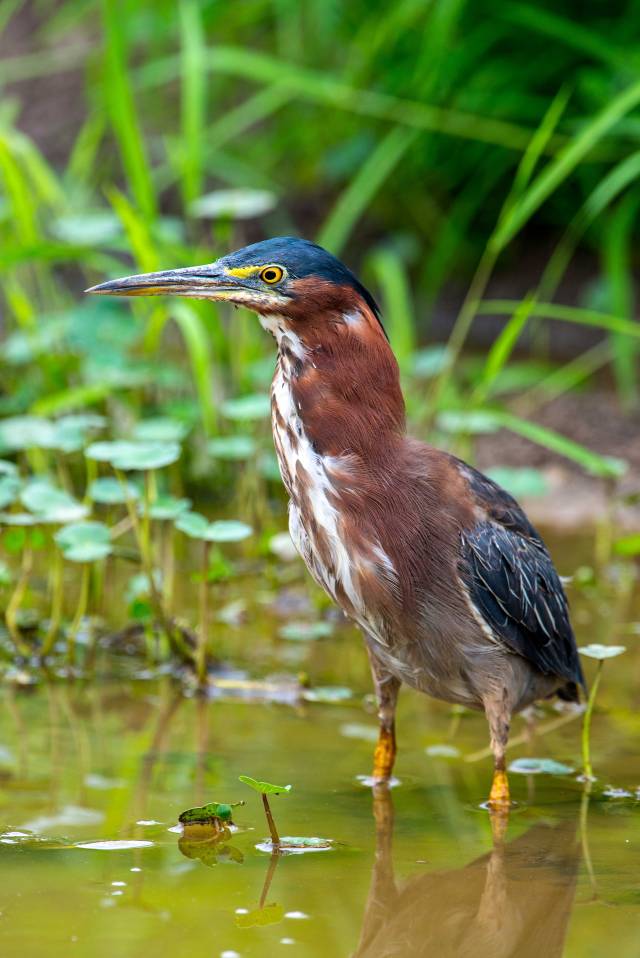 Green Herons are very unique birds, because they use bait to attract their prey. They drop insects, worms, and other objects on to the surface of the water to attract small fish and then quickly strike grabbing them in their beaks. In the below image, the heron had just caught what appears to be a tadpole, and seconds after this image was taken, the heron swallowed it head first, as they do with much of their prey. 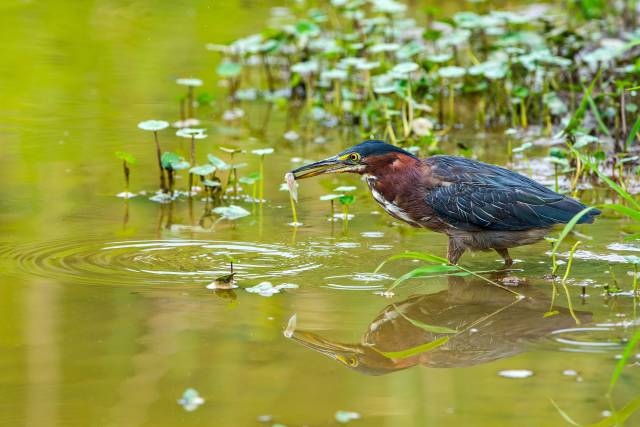 Below is a close up of the heron as it was intensely looking at a potential meal in the water. 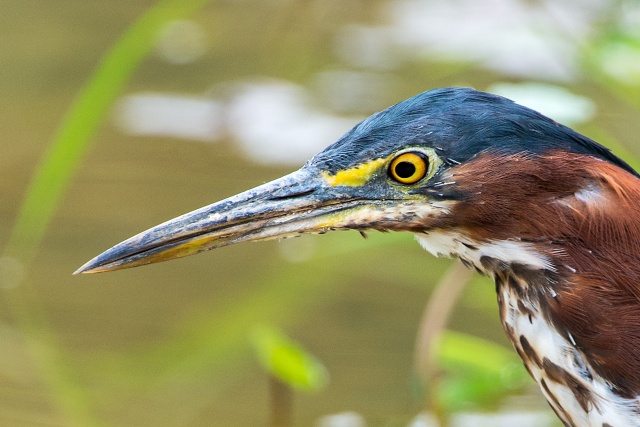 Besides the Green Heron, I saw and photographed several other species of birds that I will post in other blog articles. As you can see from these images, it was well worth getting up at 4:15 in the morning on a Saturday when most other people were sleeping.

12 Responses to Sunrise at Dyke Marsh in Alexandria, Virginia