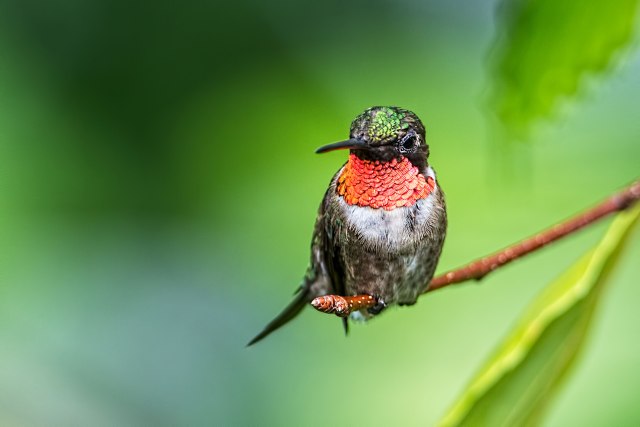 The community where I live in northern Virginia is designated as a bird sanctuary, and apparently the birds know it. At times, I feel as though I am living in a very active aviary because of the large variety of birds that I am able to see and photograph without leaving the comfort of my home. Some of the very frequent birds that I see include Barred Owls, Red-bellied and Downy Woodpeckers, Bluejays, Mourning Doves, Cardinals, Catbirds, Gold and House Finches, Carolina and House Wrens, Titmouse, Carolina Chickadees, Black-eyed Juncos, Song Sparrows, and pesky Grackles. I live on a lake and regularly see Canada Geese and Great Blue Herons, and occasionally see American Bald Eagles, Osprey, and a variety of ducks to include Wood Ducks and Hooded Mergansers. During migratory times, I have also seen various species of warblers and grosbeaks. I probably missed a few, but I am sure you get the picture. It is a bird-lover’s or nature photographer’s paradise.

Every year, I also am regularly entertained by a pair of Ruby-throated Hummingbirds. However, this year there are three pairs buzzing around my upper deck where I have to daily fill two hummingbird feeders. When the weather is cool, as it has been lately, I am able to keep the sliding glass door open to my upper deck where the hummingbird feeders are located. While sitting at my desk and Mac, I am constantly amazed at the hummingbirds’ aggressive antics and acrobatic flying. 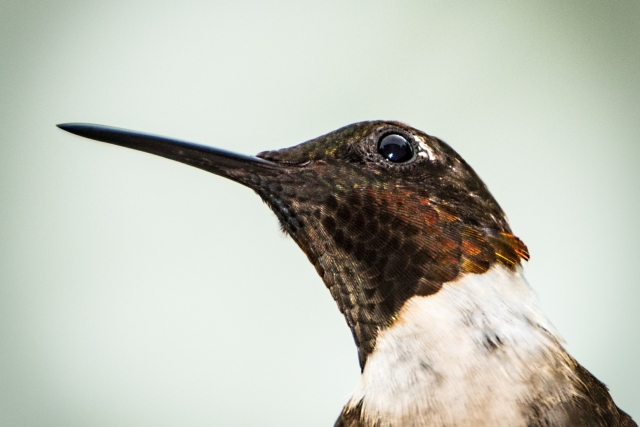 Ruby-throated Hummingbirds are the only species of breeding hummingbirds in the eastern United States. Their ruby-colored throat feathers appear iridescent when the sun strikes them in just the right way, as seen in the opening image, while at other times, the same feathers appear black, as in the above and below images.

Lately, the hummingbirds seem to be more active than usual and appear to be engaged in an intense feeding frenzy. By this time in mid to late August, they have raised their young and are in the process of doubling their weight in order to begin their migration to Central America. It is incredible and one of Nature’s wonders that these tiny little birds, that weigh just a little more than a penny, are capable of flying from Virginia, where I live, to Central America which includes crossing the Gulf of Mexico in a single flight. 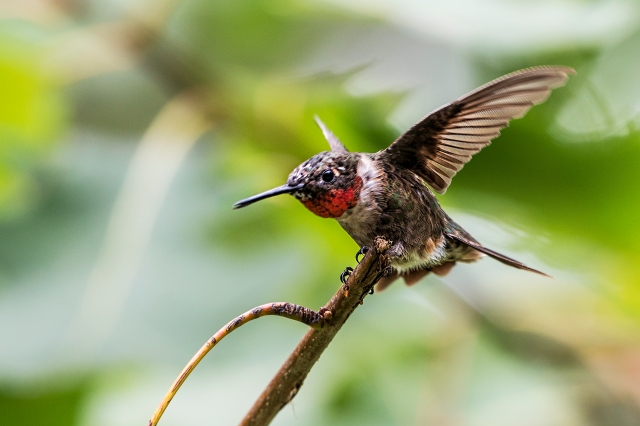 The images in this article and the below video were taken with a Nikon D800 camera body, using of a variety of lenses to include Nikon’s 600mm, 70-200mm and 28-300mm and many with the Nikon SB900 Speedlight and Better Beamer.  All of the images were taken from either inside my office or from my back deck.

In case you did not see my blog article about the hummingbirds that I photographed while at Rio Santiago in Honduras in February, click on this link https://stevetaboneblog.com/2013/02/21/rio-santiago-hummingbirds/ and it will take to that article, which contains many images of other species of hummingbirds. 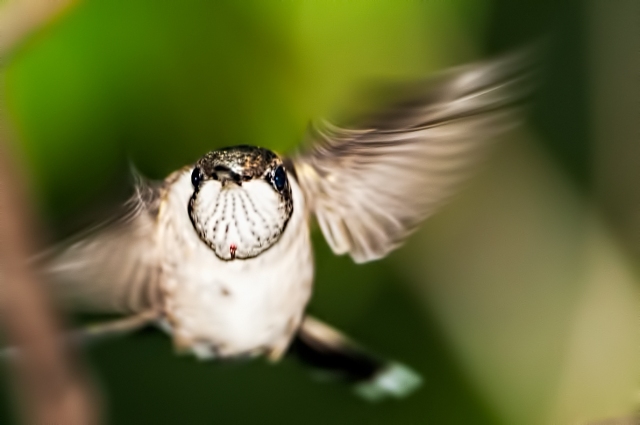 Comments on my blog and this article are appreciated and can be entered below by clicking on “Comments” found below the Like this: section.  You can also read other’s comments there.