Last of the Virginia Bluebells

Since it is raining here today and, therefore, not a day to be outside shooting photos, I processed my photographs from Wednesday afternoon at Merrimac Farm Wildlife Management Area.  The bluebells had reached the peak of their brief flowering period for this spring/year.

Many of the photos from Wednesday are different from my other recent visits to Merrimac to shoot the bluebells, because the clouds opened up to allow a little sunlight, and there was blue in the sky instead of gray clouds.  Of course, the blue sky only appeared as I was leaving, but I managed to get some shots with the blue sky in the background.

I created a new gallery on my website for Wednesday’s bluebell photos.  The gallery is located at: http://stabone.com/p50310920  The bluebell plant with the white flowers is last photo in that gallery.  Below are a few of the photos from that gallery. 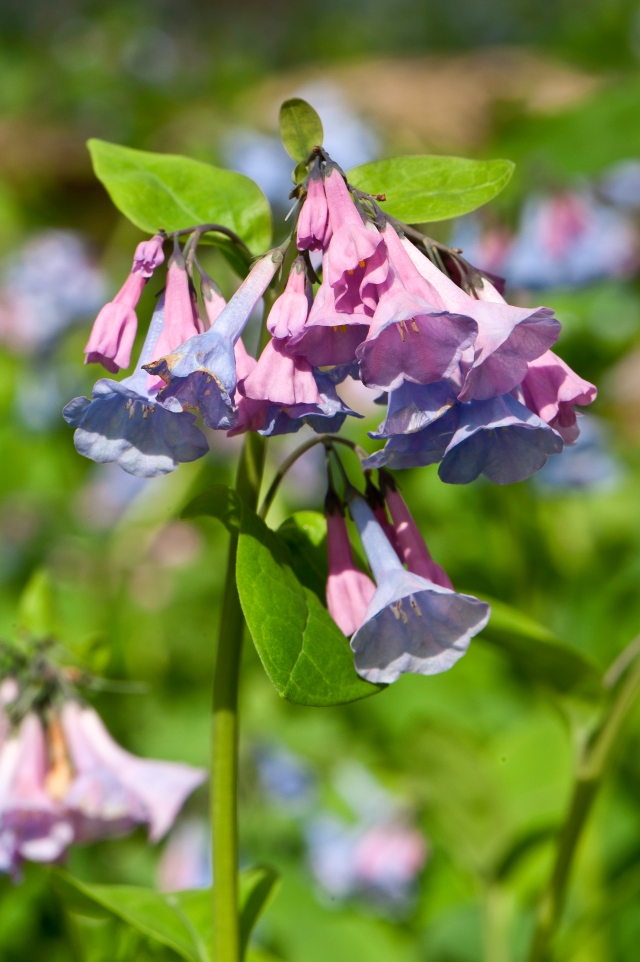